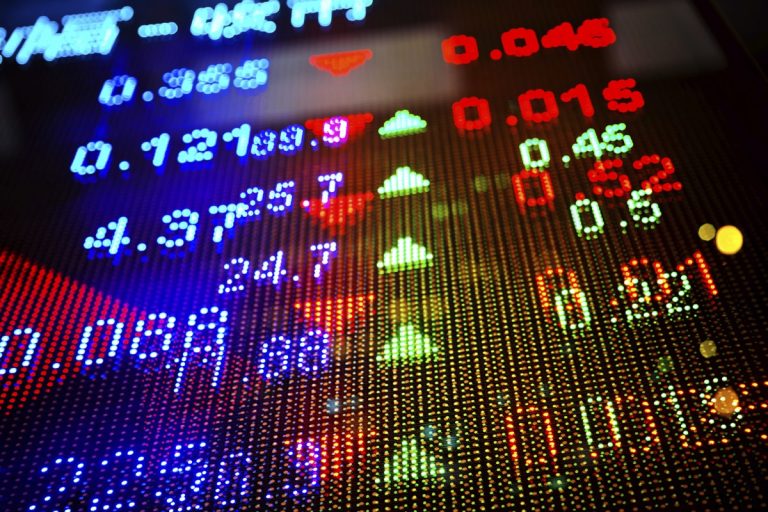 Global stocks rose on Friday on optimism over trade talks between the United States and China and were set to post their best quarterly performance since 2012, while global bond yields moved higher after a prolonged slide on growth worries.

The rises came on the back of strong gains in Asia, where Chinese shares climbed more than 3.1 percent after U.S. officials said China has made proposals in trade talks with the United States on a range of issues that go further than it has before, including on forced technology transfer.

U.S. Treasury Secretary Steven Mnuchin said on Friday he had a “productive working dinner” the previous night in Beijing, kicking off a day of talks aimed at resolving the bitter trade dispute between the world’s two largest economies.

“Our base case is for the current tariff truce extension to yield only a partial resolution, including select U.S. tariff rollbacks in exchange for some Chinese concessions on imports, market access and intellectual property,” strategists at UBS wrote in a note to clients.

Despite recent turbulence, the S&P 500 has gained 12.3 percent so far this quarter, which would mark its best quarterly performance since 2009 if sustained.

MSCI’s All-Country World Index, which tracks shares in 47 countries, was up 0.17 percent on the day. It was set to post its best quarterly performance since March 2012.

German and French government bond yields were poised on for their biggest monthly falls since June 2016, ending a month where heightened anxiety about global growth prospects have sparked a flood into fixed income globally.

“We have moved a lot in the last two weeks so there is a bit of pause for now,” said Pooja Kumra, European rates strategist, TD Securities.

LIRA IN FOCUS
Analysts at UBS noted that pessimism in the bond market looked overdone, citing three reasons: economic growth is slowing and not stalling, central banks remain supportive of growth, and corporate earnings are stronger than they appear.

The 10-year U.S. bond yield edged up to 2.406 percent from a 15-month low of 2.352 percent touched on Thursday after an almost relentless fall since the Federal Reserve’s dovish tone last week sparked worries about the U.S. economic outlook.

Investors have been on heightened alert since the yield on the 10-year note fell below that of the three-month U.S. Treasury paper last Friday, an inversion of the yield curve that is widely seen as an indicator of a recession.

Data on Thursday showed U.S. economic growth was slower than initially thought in the fourth quarter, with GDP growth revised down to an annualised 2.2 percent from an earlier reading of 2.6 percent.

The single currency has also been weighed down by speculation the ECB will introduce a tiered deposit rate, providing a sign that policymakers plant to keep interest rates low for longer.

Against a basket of peers, the dollar was flat.

The Turkish lira dropped 1.7 percent, a day after it had plunged 4 percent. President Tayyip Erdogan blamed the currency’s weakness on attacks by the West ahead of nationwide local elections on Sunday.

The British pound dipped 0.1 percent to $1.3025 after sliding more than 1 percent the previous day.

Sterling had taken a knock as the prospect of a swift agreement on Brexit faded with the British parliament yet again failing to agree on a way forward.

Oil prices rose amid the ongoing OPEC-led supply cuts and U.S. sanctions against Iran and Venezuela, putting crude markets on track for their biggest quarterly rise since 2009.

How Zimbabwe will benefit from its new $3,4m Walvis Bay Dry Port

Econet in upward review of tariffs