Strong stock and bond markets at odds over global growth 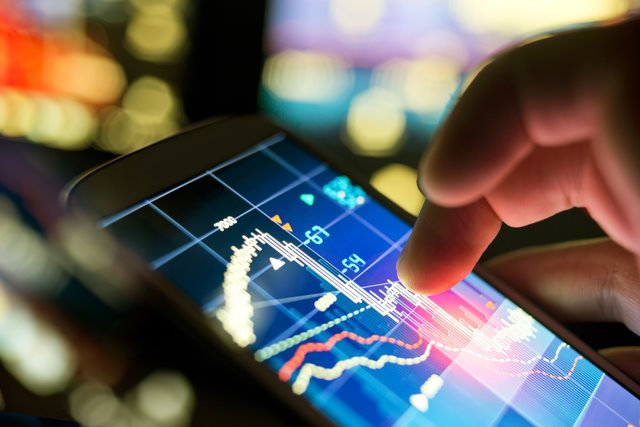 It looks like something has to give in global markets.

Stocks and bonds around the world have rallied atypically together since the start of the year, rewarding investors both bullish and bearish on the direction of global growth.

The main catalyst for the gains was the Federal Reserve’s surprise decision in early January to pause its tightening policy, after four interest rate increases in 2018 raised fears it was being too aggressive as the economy cooled and inflation remained minimal. Those fears helped send global markets into a tailspin in December.

Yet with the U.S. benchmark S&P 500 near a record level and corporate junk bonds notching new highs, the question stock and bond investors are asking is whether the Fed’s next move will be a rate cut that further propels risk assets or a rate hike that cuts into the stock market’s momentum.

A move by the Fed on interest rates or a communication misstep by the central bank would likely end either the rally in the stock market or in investment-grade bonds by the end of the year, restoring the traditional give-and-take between risk and safety, investors say.

“The Fed is between a rock and a hard place,” said Kathleen Gaffney, a portfolio manager at Eaton Vance Management in Boston. “They can’t go lower because there are signs that inflation is rising and they can’t go higher because of global political uncertainty. It leaves the market on pause.”

The U.S. central bank has said it will soon stop letting bonds bought during its “quantitative easing” period following the financial crisis roll off its balance sheet, which also helped push yields on safe havens like Treasuries lower and acted as a tailwind for riskier assets.

Gaffney said the Fed will likely have to raise rates again because of rising wages and other forms of inflation by the end of the year, adding that such a move will “pierce” the high valuations in both the stocks and bond markets.

TWIN RALLY
The rolling four-month percentage change in the price of the S&P 500 and the 10-Year Treasury note have both been positive for three straight months, according to a Reuters analysis. That is the longest such streak since a five-month run that ended in August 2017, it showed.

In that same 2017 period, the S&P 500 gained and 10-year Treasury yields fell as the market digested conflicting economic reports during the first year of the Trump administration, before the Federal Reserve in September began quantitative tightening that resulted in bond yields rising as the S&P 500 continued to rally.

Since January equity markets around the world have made up much of the ground they lost during a wrenching fourth quarter of 2018 that sent the U.S. stock market to the brink of a bear market.

A rally in benchmark 10-year Treasury notes, usually seen as a safe haven, undercuts the picture of a “risk on” market. Their yields have slid from 2.69% at the start of the year to as low as 2.34% in late March.

“At this point in the cycle, equity investors are trying to take any incremental news positively while fixed income investors are not,” said Jen Robertson, a portfolio manager at Wells Fargo Asset Management in London. “It’s quite delicate at the moment and any negative news out of first quarter earnings could impact this sharp bounce.”

Further uncertainty due to the economic impact of the UK leaving the European Union, which has now been pushed back to Oct. 31, or a deterioration in U.S.-China trade talks could be a “shock to the system” and derail both stocks and bonds, she said.

The spread between U.S. three-month bills and 10-year notes turned negative for the first time since 2007 in March, a bearish sign as a yield curve inversion has signaled an upcoming economic recession in the past.

The move initially boosted stock prices as investors predicted it would hem the Fed in from future interest rate hikes. But equities could fall soon if recession fears continue to grow, said Hiroaki Hayashi, managing director of Fukoku Capital Management in Tokyo.

“If you look at the past experiences, share prices have often rallied six to nine months after the yield curve initially inverted before entering a major correction. I believe we are exactly at such a phase now.”

Despite outsized gains this year, financial markets have not indicated investors have faith that the global economy can grow without historically low interest rates a decade after the end of the Great Recession, said Anwiti Bahuguna, head of multi-asset strategy at Columbia Threadneedle Investments.

“The bull market we’ve had for the past 10 years is essentially because of really low interest rates,” Bahuguna said.

“I don’t think that equilibrium will last much longer,” she added, saying rising inflation and low unemployment could soon test global markets’ ability to cope with tighter monetary policy. – Reuters